Hello to you my lovely, lovely followers.

Now, before you all turn away in disgust, I know that this isn’t a bookish post, but this is MY blog, so, ner and so forth. All the same, I realise I’m taking a chance with this one; after all, you follow me for reviews and other bookish shenanigans, but if you read on I’m sure, or at least I hope, you’ll understand why.

So, what is he rambling on about this time? Well, there is a clue is in that last sentence: rambling. See? No? Then I shall explain…

On the 26th May 2018 (in case you’re reading this after the event, but don’t let that deter you 😉 ) I shall be undertaking a sponsored walk to raise money for Malaria No More UK. You can read all about them and the work that they do HERE. and look at their Twitter  HERE.

But this isn’t any old walk. No no no no no. This is no walk around a field or along some picturesque river bank, stopping for tea and crumpets along the way and saying things like, “I say, what a spiffing day it is for a stroll along the riverbank. Oh, look, there’s an otter!”.

Oh no. I shall be walking from London all the way to Brighton – that’s the Brighton in Sussex on the south coast of England btw, not an obscure village of the same name a few miles before the M25 – a distance of 100K, or 61 miles in old money. And I shall be doing it overnight in one go. That’s right, non-stop. Ok, for the pedants among you, I will be stopping along the way – every 12.5k or so, see the map further down this post – but ultimately, all being well, I shall do it in one continuous walk in around 24 hrs or so. Hopefully less.

Make no mistake, this is a big old thing, but I have done it before; I walked it last year – that time for the MS Society as my ex-wife has MS and so I wanted to do something for her and for the thousands of other MS sufferers in the UK – and did it in just over 24 hours (ok, 50 minutes over, but that is ‘just’ in my opinion 😉 ). It is a great event, run by Action Challenge, with brilliant support all along the way. We were very lucky with the weather that weekend, so I have all my fingers and other extremities crossed that this year will be as dry and pleasant (and that said extremities haven’t dropped off from all the crossing).

This year, as I have said above, I shall be walking to raise money for Malaria No More UK. They are a fantastic charity helping to raise money and awareness to fight and end malaria worldwide once and for all. The reasons for my supporting them stem from the fact that my son Ben contracted Malaria when he was in Ghana last year working for the VSO (Voluntary Services Organisation). He was severely ill for about 3 weeks – at one point he couldn’t even walk – and he reacted very badly to the anti-malarial drugs that they gave him. He was living and working in Jirapa at the time; one of the poorest regions of Ghana, and the conditions in which he was treated, and the hospital he was staying in, were poor and unsanitary at best. This is not to condemn the Ghanaian doctors or nurses (although one of his doctors did try to marry him off to his daughter , twice – true story), who were treating Ben, but it was all they had to offer. He was lucky not to contract any secondary infections from the poor hygiene conditions they have to work in.  Once he was moved to another hospital in a larger town, and then finally to Accra, the capital, he started to recover fully. Ben is now Malaria free (there is the small chance that there are still parasites in his liver, but if so they should remain dormant. A very small number of people have a re-occurance months or even years later).

Here’s a simplified diagram of how malaria is transmitted in humans:

Here is a more detailed one for you sciencey types out there:

Luckily for Ben he is generally a very fit and healthy 20 year old, but millions of others are not so fortunate. The statistics regarding malaria are quite startling. Here are a couple of wee infographics to help explain: 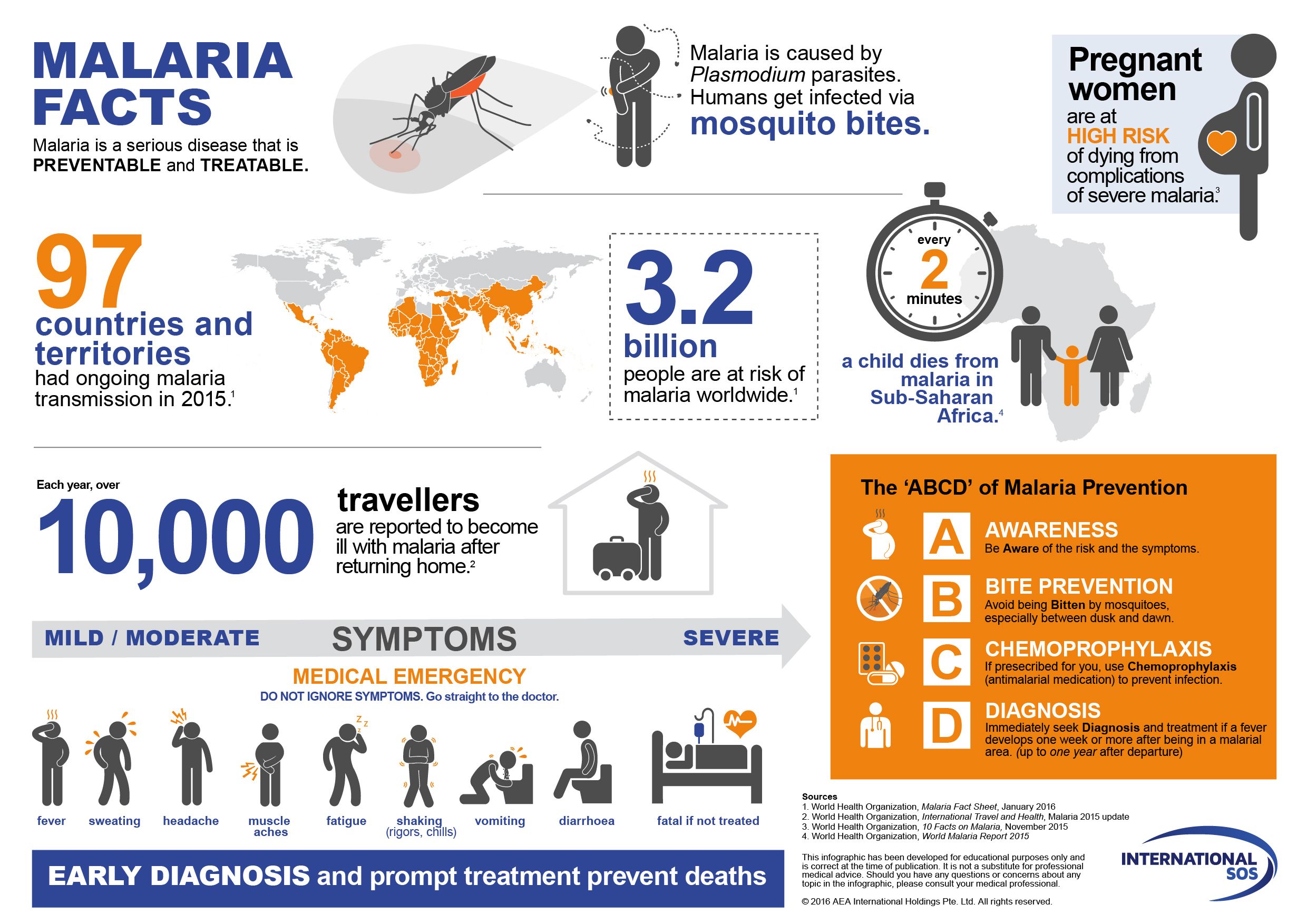 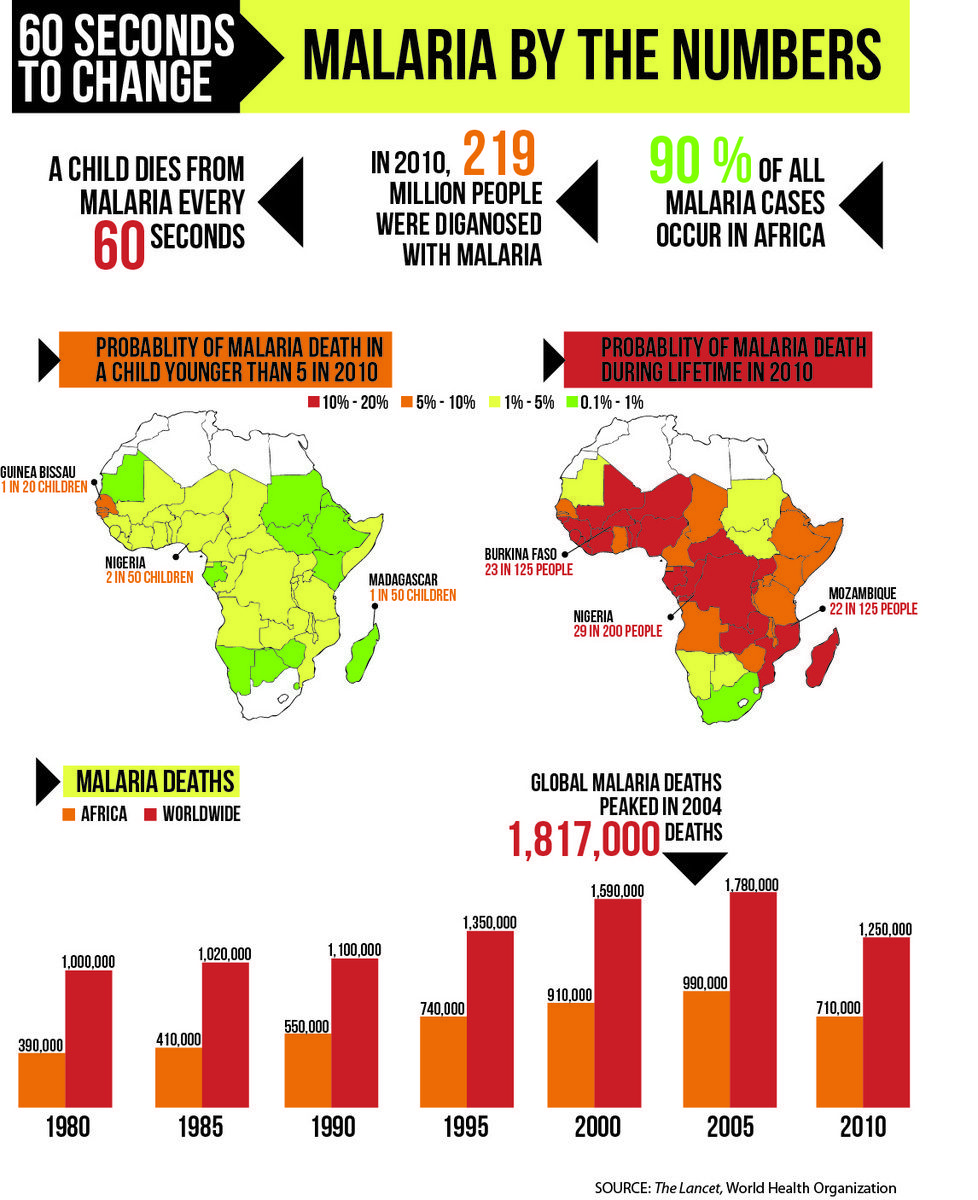 And this is why I’m raising money to help to try to eradicate this disease forever. It can be done, but it is an uphill struggle and one that needs to be maintained. Malaria was once endemic to Britain; we have the mosquito species that spread the parasite, but it was eradicated through a concerted and maintained effort. It could return if it was allowed to.

So, if you are able to, and feel inclined to, I would love it if you could sponsor me. The amount doesn’t matter, anything is very gratefully received and will spur me on to get through my challenge. Even though I’ve completed this before, 100k is a sodding long way to walk and it is not something that I undertake lightly. Hey, I’m a whole year older now and I’m sure I’ll be feeling it all along the way 😉

Here is last year’s route. This year will be little different:

This is my profile from last year. As you can see, though not the uppiest of the 100k challenges, it is quite up enough, please and thank you:

Here I am at the halfway point last year with my walking chums at the time – Paul (R) and Darron (L) both of whom have walked the L2B more than once. Darron did three ultras last year – crazy bugger:

And so FINALLY here is the link you need to sponsor me if you desire:

I’m SOOOOOOOOOOOO close to £1000. I’d be thrilled to top, or even to smash, that figure. I’ve been bowled over by the generosity of everyone who has sponsored me so far. One of my Twitter followers, who I have never met, donated £100 – I was gobsmacked.

So, if you have got this far, thank you very, very much for reading this post. I know it isn’t what you expect to read from me following this blog, but this is a big challenge and a vitally important and worthy cause. It is a battle we can win!